How To Screenshot On Snapchat Without Them Knowing? 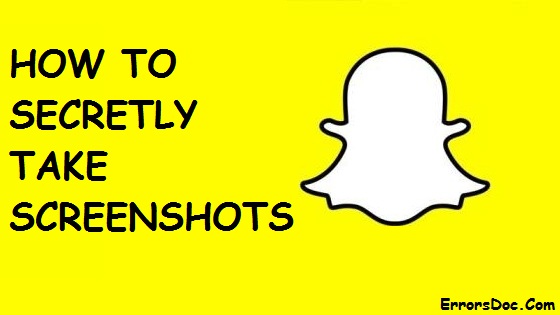 Errorsdoc » DIY Tips For Snapchat Issues » How To Screenshot On Snapchat Without Them Knowing?

Snapchat is one of the familiar social media messaging application that users can use to send or share photos or videos to and with their friends. The point is that the pictures you have shared on Snapchat will be expired after some minutes, say ten minutes. So, you can send or share your funny pictures too on Snapchat without thinking a lot about it as it will be expired after some time. At times, your contacts may want to take a screenshot of your picture or something you have shared on Snapchat.

Ways to Take Screenshot Without Them Knowing

This is one of the long difficult processes, but you do not need to load or install any third-party application on your device. This idea is simple. All you have to do is to let the Snapchat loads the pictures, turn off your wifi or internet connection and take a screenshot. Now, ahead of Snapchat can send any such notification to the sender, you clear the app cache and data from settings.

Here is how to clear the app cache,

This is the simple and one of the best methods to take a screenshot on Snapchat without your contacts knowing. Here is how to use Google Assistant for taking a screenshot.

The only point is that the Google Assistant does not provide an option to directly save the screenshot to your gallery, instead you can share it with someone else or you can upload to Google photos.

On Android devices, Snapchat is not able to detect whether or not you are recording your screen, so you are going to use the screen recording app to take a screenshot.

Download the Snapsaver app from the play store to take a screenshot without being caught.

why do you need my information bro like- what