How to Unblock a Number on iPhone? 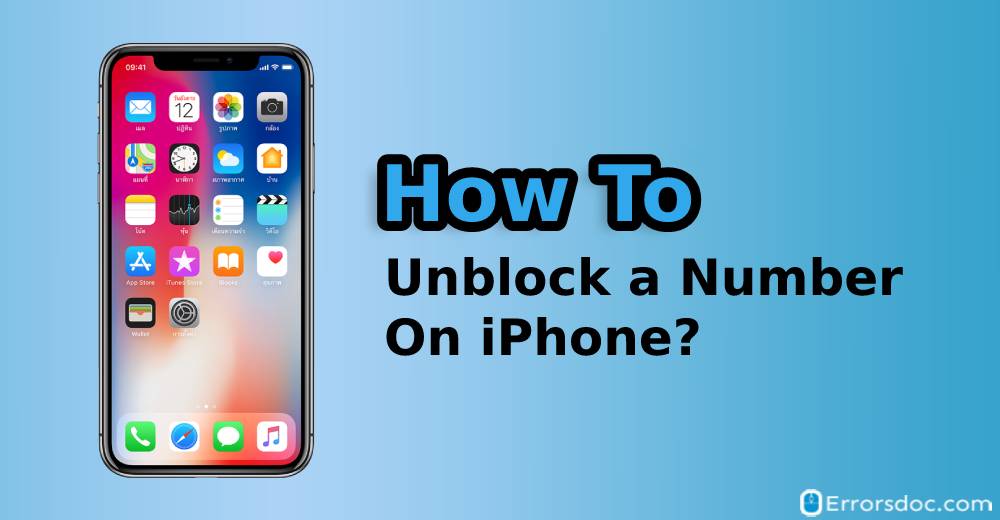 Errorsdoc » How Tos For iPhone Issues » How to Unblock a Number on iPhone?

Blocking a number on an iPhone is normal as it prevents you from receiving calls from a specific number. However, in some cases, users block numbers accidentally. If you have blocked a number intentionally or unintentionally or simply want to know how to unblock a number on iPhone then you must go through this guide.

How Do You Unblock a Number on iPhone 4s, 5c, or on Other Models?

If you are thinking about how do I unblock a number on my iPhone 5 or on other iPhone models then let us tell you, it is pretty easy to do that.

We can unblock a number in three ways on iPhone. Hence, in this specific guide, you will discover the answers to the following questions:

As mentioned earlier, you can unblock a blocked number in three simple ways. For instance, you can navigate through the Settings app to unblock contacts, visit recent call details to unblock numbers or you can disable Silence Unknown Callers if it is enabled.

By implementing any of the aforementioned ways, you can easily learn how to unblock a number on iPhone 8 and other iPhone models. So, with no further delay let us get into this.

How Do You Unblock a Phone Number on iPhone through Settings App?

The first and foremost way to unblock numbers on iPhone is to use the Settings app. All you have to do is go through the following steps:

If you are struck by this question how do I unblock a phone number on my iPhone? The above-mentioned steps are the answer to your question. By implementing these steps, you can learn how to unblock a blocked number on iPhone 5 and other iPhone series through the Settings app.

How to Unblock a Number on iPhone 6 and Other Models Through Call Logs?

Another quick way to unblock the numbers on iPhone is to visit the recent call logs. When somebody asks you “can you unblock a number on iPhone?”, you can let them walk through the following steps:

If you are thinking how do you unblock a number on your iPhone through recent calls logs, you can go through the aforementioned steps. Once you are done implementing these steps, you would have unblocked the number on your phone.

How to Unblock a Number on iPhone 7 and Other Series Disabling Silence Unknown Callers Feature?

Silence Unknown Callers is a wonderful feature available on iPhone. Enabling this feature, the iPhone mutes the call from an unknown or unrecognized number. This feature is invented to prevent spam calls.

Despite its amazing work, it has one drawback that it blocks the call from the contact that may be urgent for us. So, if you have enabled this feature, make sure that you disable this in order to unblock calls. Below we will discuss the steps for how to unblock a number on iPhone XR and other iPhone series.

When you are done implementing these steps, your blocked calls will be unblocked. So even if you have not blocked any number and still your phone blocks the calls then you must be thinking how do I unblock a phone number on iPhone. In this scenario, you can follow the aforementioned steps to unblock numbers on iPhone.

In this blog, we have discussed three types of ways for unblocking the blocked numbers on iPhones. You can use the Settings app and recent call logs to quickly unblock the numbers. Besides that, you need to make sure that the Silence Unknown Callers feature is disabled so that you can attend important calls on time. To make these different ways effective, we have demonstrated this step-by-step guide.

Apart from this, ErrorsDoc have covered other useful tutorials on our page. Keep reading our page to troubleshoot common iPhone issues such as “Why is my iPhone battery yellow?” and “How to delete albums on iPhone?” among others.