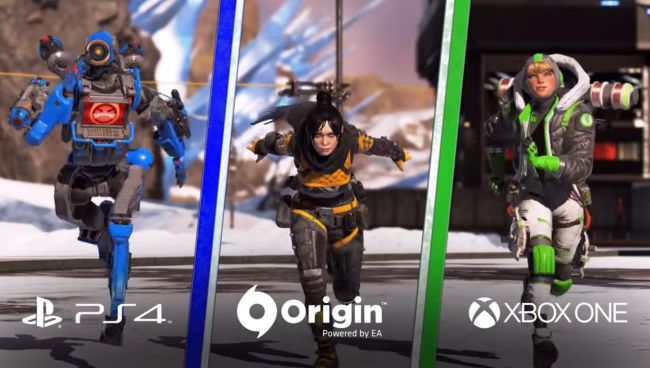 Apex Legends Crossplay beta was to arrive in June. The delay did cause some disappointment but now you can be excited once again. Crossplay in Apex Legends is coming next week on October 6, as has been announced by Respawn Entertainment.

That means the test, which is at present available on PlayStation 4, Origin, and Xbox One, will be getting live in a short number of days. In addition to this, you will also witness the beginning of the Aftermarket Collection Event. Is there anything more? A completely new Flashpoint, which is a limited time mode, will also be made available.

The participants of Crossplay beta will get to add friends. On all the platforms, they will be able to party with players. To know the platforms on which your friends are playing, the friends list will be helpful. For the parties which are cross-platform, in-game chat will be available.

However, beta will not be supportive of the cross-platform progressions. Apex Legends’ Steam version can go live this year. And when launched, Steam will support Crossplay. Respawn will share more about it later.

Players who want to avoid it all and stay at home will also get this option. Players will be able to disable cross-platform play right from the settings menu. However, disabling it may make you face lengthy queue times, as has been hinted by Respawn. The reason being that such players will have to match with those players who have also disabled it.

In case of the matches of non-crossplay, the waiting time will be in accordance with the number of players who have opted out of it. By default, however, crossplay will get on after the starting of beta. A large number of players will be leaving it in this way, as is expected by Respawn.

So folks, a thing as major as Crossplay will be available from 6th October. Additionally, the Flashpoint LTD, being completely new, could also be great. Items of healing won’t be spawned in the event. Players can stand within the Flash Points for regenerating their shields as well as health. These zones will be found all over the Kings Canyon map.

The rules of Always Be Closing will be there to make the matters complicated. Players will have to move constantly since the ring will not halt from closing. And when it is on a Flash Point, it will close.

Now, here is something more exciting to know. As many as 24 themed cosmetics will be featured by the event for the game. These themes will be available for buying directly or via the Event Apex Packs. You will also find more offers as well as a prize track exclusive of the event for chasing afterwards. The Aftermarket Collection Event will be up till the 20th of October.

Would you like to know more? Hop on to playapex.com right away!